A solar inverter is an electronic device that is an essential component in a photovoltaic or solar PV system. The solar panels absorb sunlight and the solar inverter changes the electric current from DC to AC. As a result, the inverter allows the energy generated from sunlight to be used to power electronic appliances and systems.

There are three main types of solar inverters used for different purposes:

These inverters are used in isolated systems where they are used to power a few electrical appliances. These inverters convert the charge that is stored in the DC battery which is charged by the solar panel. A standalone inverter is a popular choice for South African homeowners during load shedding. The inverter can be used to power appliances such as your tv and lights to ensure you’re not left sitting in the dark. Switches International recommends Kaco’s KI Series stand-alone inverters.

These inverters serve the same function of converting solar energy into usable AC power but grid tie inverters are connected to the main power grid.  This inverter is often cheaper as they do not require the use of batteries. Grid tie inverters allow you to make use of the power generated through your solar system while still being able to draw electricity from your utility grid when necessary. 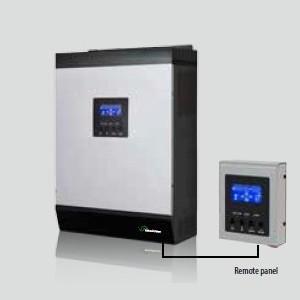 Similar to grid tie inverters, these inverters designate a portion of their current to maintain the charge level of the battery. This means that in the case of power outage, emergency backup power can be accessed from the battery.

Switches International stocks an extensive selection of solar products. Among these is a variety of solar inverters. A solar inverter is essential to the conversion of solar energy into electrical current. With the looming uncertainty of load shedding this solar device is a valuable addition to your home. For more information on setting up a reliable and sustainable energy alternative, contact Switches International today.